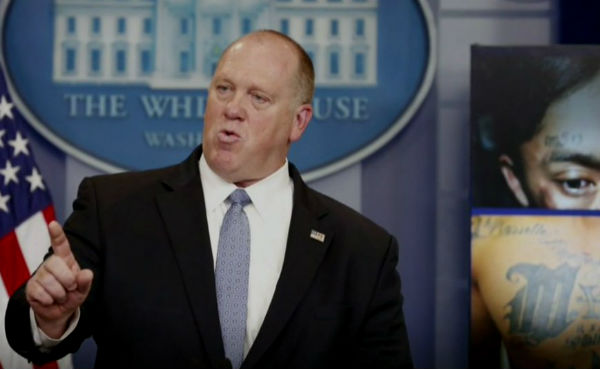 ABOUT: Tom Homan is from northern New York State. He holds an Associate Degree in Criminal Justice from Jefferson Community College and a bachelor’s degree from SUNY Polytechnic Institute.

He served as a Police Officer in West Carthage, NY before joining the United States Border Patrol in 1984.

Homan was appointed Acting Director of Immigration and Customs Enforcement (ICE) on January 30, 2017 by President Donald Trump and later nominated to that position by President Trump in November of 2017. He subsequently retired in June of 2018.

He started at the bottom rung of the law enforcement ladder in 1984 and made it to the top in 2017, without missing a single rung. Mr. Homan was the first ICE Director who came up through the ranks, his proudest career accomplishment.

In 2015 President Obama gave Tom the highest professional award possible, the Distinguished Presidential Rank Award, for his exemplary leadership and extensive accomplishments in the area of immigration enforcement. He also was awarded the Distinguished Service Medal in 2018 by the Trump Administration in recognition of exceptionally distinguished and transformational service to strengthen Homeland Security for the United States.

Tom is a best-selling author, owner of Homeland Strategic Consulting, a Fox News Contributor, and is one of the nation's most sought-after speakers. 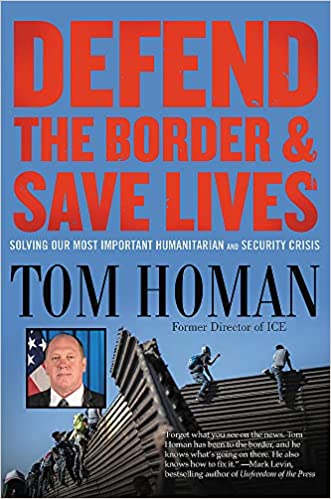 Defend the Border and Save Lives:

Solving Our Most Important Humanitarian and Security Crisis

You know there’s a crisis on the southern border of the United States, and you know our immigration system is broken. But most people don’t know the real story behind the numbers—and the emotions.

To say Tom Homan is a bold voice in the subject would be an understatement. He’s controversial because he has strong opinions based on facts. His intimate knowledge of front-line operations, heartbreak regarding the human cost of illegal immigration, and experience implementing solutions makes this book an essential read for everyone who cares about our country.

From a police officer to Director of Immigration and Customs Enforcement, Tom’s career has spanned four decades and six presidential administrations. His focus never wavered—to save lives and help communities thrive.

Tom Homan is not a politician. He’s a law enforcement officer and uniquely qualified to address this subject with brutal honesty, compassion, and a sincere desire to fix the problems once and for all.

If you’re tired of the name calling, partisanship, and misinformation, you’ll appreciate how Tom separates fact from fiction and tackles every issue head on.

How can we fix legal immigration?

What role does racism play in the debate?

How can we fix the crisis and also help people in need?

The man behind the badge answers all these questions and more.

Tom Homan’s insights, heart, and recommendations will clarify a difficult subject and inspire you to be part of the solution.

- Leadership Development - Results. From the border, to Washington, D.C. and around the world, to your organization

- Illegal immigration is not a victimless crime

Illegal immigration is not a victimless crime: Tom Homan

Facebook Twitter
Please check your e-mail for a link to activate your account.