"NO AMERICAN SHOULD BE FORCED TO CHOOSE BETWEEN THEIR FAITH AND THE JOB THEY LOVE." 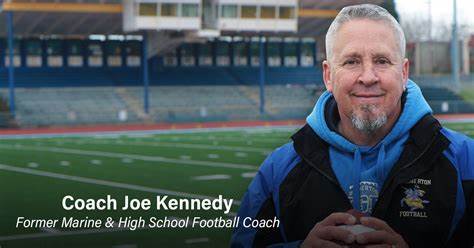 School officials at Bremerton High School (BHS) suspended—and later fired—football coach Joe Kennedy because he prayed a brief, quiet prayer after football games. A lawsuit was filed against the school district, arguing that banning coaches from quietly praying, just because they can be seen by the public, is wrong and violates the Constitution. The U.S. District Court for the Western District of Washington, and then the U.S. Court of Appeals for the Ninth Circuit, sided with the school district. The case eventually landed in the U.S. Supreme Court. In January 2022, the Supreme Court agreed to hear the case. The Supreme Court has ruled in favor of Coach Joe.

The video on this page is courtesy of Coach Joe’s Legal Team at First Liberty.

- The importance of freedom of speech

- Being willing to take a stand

- Testimony: From the 50-yard line to the Supreme Court