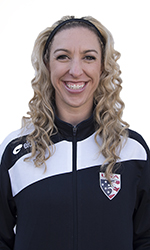 Sarah Gascon, a remarkable young woman that is not only a talented athlete, but also an AMAZING Motivational Speaker!

Captain of the USA Team Handball Women’s National Team, Sarah Gascon was born and raised in San Pedro, California. She has lived a very active lifestyle competing in multiple sports as a youth, which helped her earn a full-athletic scholarship in volleyball and softball to attend Southeastern Louisiana University.

Her dreams have always been to compete at the highest level possible. She is currently attending Auburn University pursuing her Doctorate in Kinesiology and training full-time for the 2020 Olympic Games. She currently serves as the USA Team Handball Athlete Representative on USA Team Handball Board of Directors.

A charismatic and energetic student, athlete, teacher and coach with the goal of enhancing athletic performance of athletes and improving the quality of life for individuals of all ages. She is highly creative in developing teaching and training strategies that build strong individuals inside and outside the classroom.

She has the ability to effectively manage her academic and athletic pursuits. Her research interests include kinematics, kinetics, motion analysis, functional and athletic assessments, injury prevention, biomechanical testing of performance apparel, and overall health and wellness for children and adults of all ages. She is detail oriented, possesses excellent writing skills, an exceptional researcher and leader. 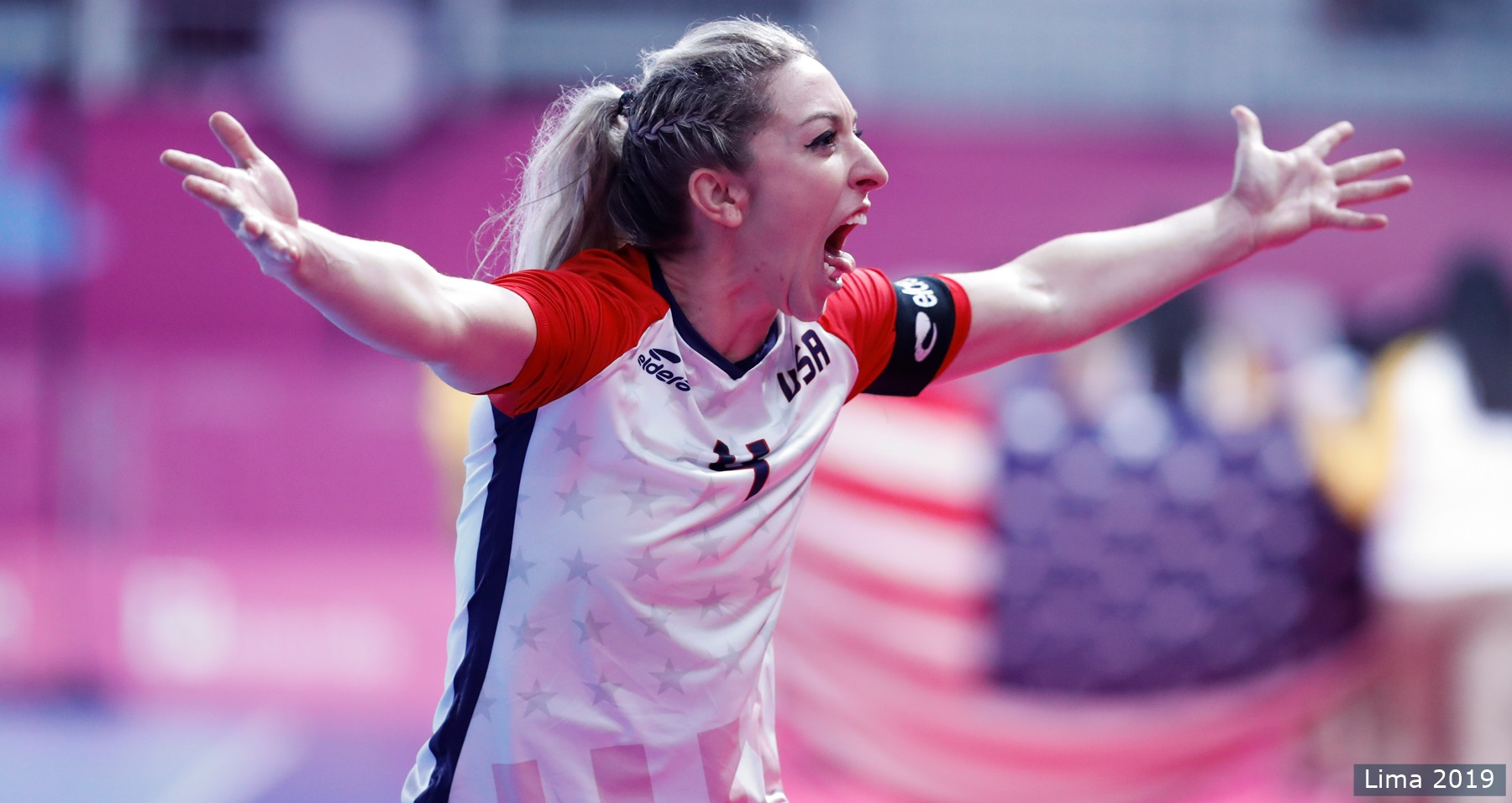 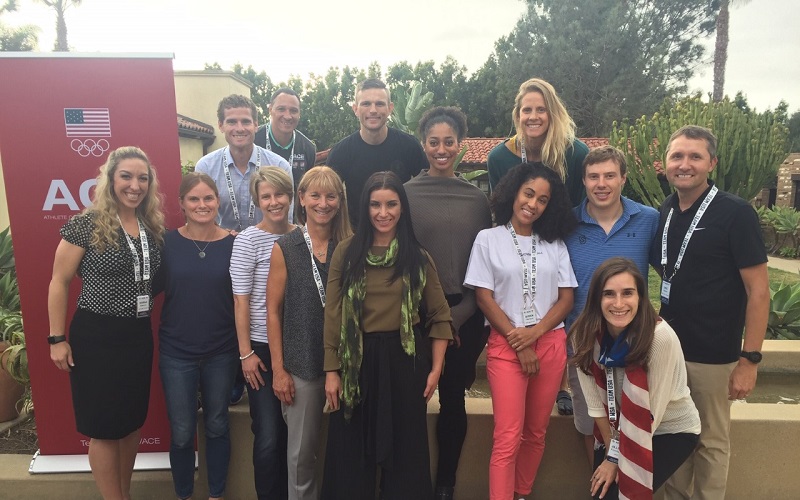 Women's Handball Team smashes their way to the Pan-American Games

The match against Canada was crucial as it opens the door for Team USA to compete in the Olympics. 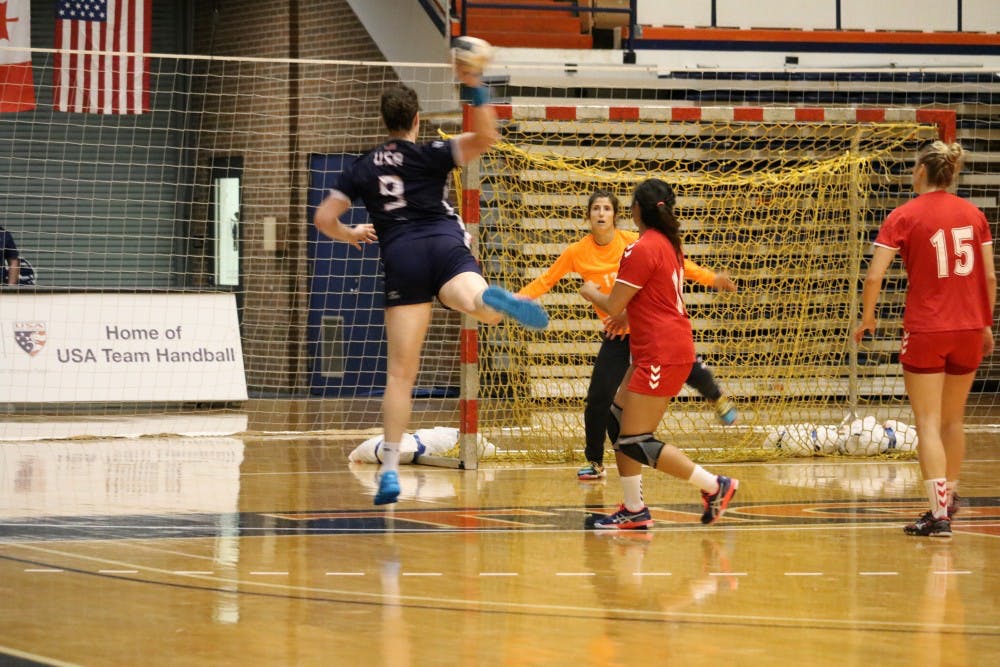 Girls USA Handball Team shoots for the goal during the Olympic Handball game on Sunday, Sep. 2, 2018, in Auburn, Ala.

The U.S. Women’s National Team smashes their way to the Pan-American games with a victory against Canada’s team.

With a close match win on Sept. 2, 2018, and an overwhelming victory in their second match in Montreal, Canada, the following Monday, Team USA secured their spot in the Next Pan-American Games.

The victories were the culmination of over a year’s worth of combined efforts from all members of the team.

Sarah Gascon, the WNT team captain, said there was about three years’ worth of build-up when training for the Pan-Am and eventually Olympic qualifiers.

“We attend these weeks and events where we train,” Gascon said. “We’ve had training camps in Auburn, in France, Germany, Hungary, Korea and China, so we’ve done this for the last couple of years.”

The match against Canada was crucial as it opens the door for Team USA to compete in the Olympics. But even with the stakes so high, Gascon and her team were confident moving forward.

Christian Latulippe, the WNT coach, said she was “prepared to play at this level” because they had some very high-caliber teams this year, and they knew they could beat Canada.

The game was crucial, and Canada put up a good fight, with the first match ending in a 22-20 score and the final score of the second match being 26-16.

“This was always the goal, the end goal, for our group to qualify for Pan-Am games,” said Gascon. “And then our next goal is to medal at Pan-Am and qualify for the Olympic games.”

Still, with the major win of the second match, the WNT still praised the Canadian team and respected the fight they brought.

“It was very competitive, and we knew going into it that it would be competitive,” Gascon said. “They literally played like they had nothing to lose, and they had a fearless approach.”

In the end, one of the biggest factors of Team USA’s victory came down to experience. Gascon described the experience of Team USA as “overwhelming” because their roster was filled with veterans.

“When you look at Canada, the most experienced player has like 22 games,” Gascon said. “A lot of those athletes are very young and have zero international experience.”

“But they played well, and you have to tip your hat to them,” Gascon said. “I mean they came into our home and were even up by three goals at one point.”

Even with this win under their belt, Team USA is still working hard here in Auburn to reach their goal of competing in the Olympics.

“Being at Auburn, for me personally, has changed my career and I don’t know if I’d be where I am today without taking a chance and moving to Auburn,” Gascon said. “I am really grateful for the opportunity that Auburn and the School of Kinesiology has provided for me because they create an environment of success.”