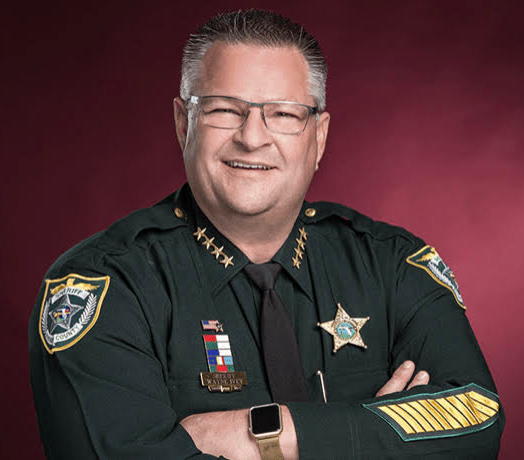 SHERIFF WAYNE IVEY-BREVARD COUNTY FLORIDA SHERIFF, CREATOR OF “EVIL CAN NEVER BE DEAD ENOUGH,” THE 4 A’s OF SURVIVAL, LEADERSHIP FROM THE LEDGE, “IT’S TIME TO BE A PARENT AGAIN”, “THE ART OF COMMUNITY POLICING,” WHEEL OF FUGITIVE, FISHING FOR FUGITIVES, COOKING UP JUSTICE, FREQUENT MEDIA GUEST

Wayne Ivey who is best known as “America’s 2nd Amendment Sheriff,” doesn’t mix words when it comes to standing up for America!  Heralded as one of America’s most “politically incorrect” Sheriff’s, Wayne serves as a Constitutional Sheriff and American Patriot who stands as the first and last line of defense in the protection of our great nation and freedoms!

Wayne is currently serving in his third term as Sheriff of Brevard County and is a graduate of the prestigious FBI National Academy. With national honors such as the Florida Department of Law Enforcement’s “Special Agent of the Year,” the International Association of Chiefs of Police “Most Innovative Program,” and without question, his most coveted award, the NRA “Defender of Freedom,” Wayne is respected around the country as a leader in his field and also an expert in Community Outreach and Partnerships.

His “Leadership From The Ledge” style of law enforcement, zero tolerance for crime attitude, and his uncanny ability to engage citizens through social media and humor, have made him one of the most recognized Sheriffs in the country and also one of the most social media followed Sheriff’s in the United States!

As a Constitutional Sheriff with over four decades of experience, Sheriff Ivey has been involved in almost every aspect of law enforcement. From testifying in the United States Congress on Illegal Immigration, the Opioid Epidemic, and Identity Theft, to being the driving force in lowering the Crime Rate in Brevard County by over 50%, Sheriff Ivey is never shy or without words when it comes to standing up for law and order and America’s values!!

Wayne is often seen on Fox News, Newsmax, and other national media outlets as well as can be seen on YouTube, out arresting bad guys with his team on “H.I.T. The Streets With Sheriff Wayne Ivey.”  From classic statements like “evil can never be dead enough” to innovative programs like Wheel of Fugitive, Constitutional Sheriff Wayne Ivey isn’t afraid to say and do what needs to be said and done to protect our great nation and our Constitution.

If you are lucky enough to have a seat belt, you may want to fasten it, as Wayne’s infectious patriotism, say and do what needs to be said and done attitude, and unique brand of humor, motivates audiences to wrap themselves in the blanket of freedom as they stand up against those who are tearing away at the very fabric of our great nation!! 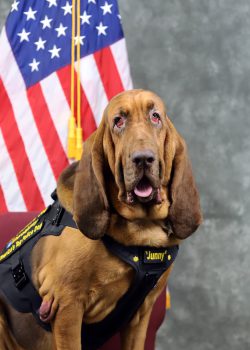 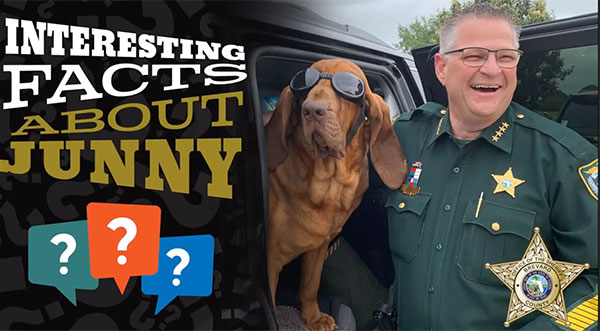 Major “Junny” joins our Command Team as a six year Law Enforcement Veteran serving his entire career with the Brevard County Sheriff’s Office. “Junny” was donated to our agency at just 10 weeks old by the Jimmy Ryce Foundation and was named by our citizens in honor of Junny Rios Martinez, a little boy who was abducted and murdered in our community back in 1991.

Throughout his career Major “Junny” has served the agency in Corrections, Crime Prevention, Animal Services, Media Production, Community Relations, and now as a member of our Command Team.  In addition to his normal duty assignments, “Junny” is the author and narrator of a Child Safety Activity Book that is used by our agency to teach child safety awareness and has also partnered with the SPCA to pass legislation allowing family pets to be included in Domestic Violence Injunction Orders. “Junny” is an Honorary Board Member of the “Sheriff’s Pet Posse,” “Crosswinds Youth Services,” and has also starred in countless Public Service Announcements to assist local charities in fundraising and awareness for their community based programs.

Major “Junny” was recognized as a “2019 Brevard County Humanitarian of the Year” award winner for his outstanding commitment and dedication to protecting our community and his service as an Ambassador to our agency.

When not working, Major “Junny” enjoys spending time with his family, swimming, eating Barbecue, and of course taking naps!!